Total immersion into the French local culture in Nice 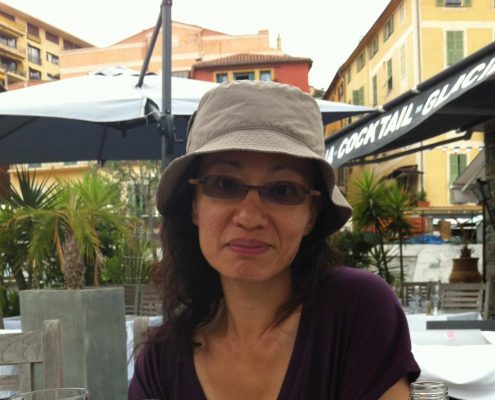 The three days I spent in Nice were just incredible as I took an immersion course with Geneviève and I lived in her apartment. Notwithstanding that I have studied French for almost a year at a language school in Lyon and having also passed my C1 exam, the course with Geneviève still helped me a lot in putting into practice what I have learnt. We spoke a lot during these three days as we had breakfasts and dinners together, in addition to having a three- hour class each morning. It was my first time in Nice and I visited the town during the afternoons. This was the best way of travelling in France for me as I lived with someone who is not only French but is also a very good teacher who could correct me every time I spoke the language incorrectly. I was also completely immersed into the local culture and I didn’t feel like just another tourist. Geneviève is a very good host and she made me feel very at ease ever since the first day of my arrival. She is also a very animated person. Not only have I spoken French and learnt a lot in these three days, I have also laughed a lot. On my last day, she drove me to Villefranche-Sur-Mer where we spent half a day like friends. My stay with Geneviève in Nice has become one of my best memories in France.

Talk constantly French about everything –